As well as the usual, and wonderful, Fairly traded Jewellery, Accessories, Food and Gifts, Information and Inspiration, and of course the Café, this year we are also going to do some Craftivism …..

But what is craftivism? 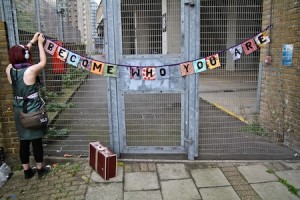 There is a long and inspirational history of craft being used to tackle poverty and expose social injustice; like in the 1970s and 80s, when Chilean women used arpilleras (appliqued textile artwork) to help bring down Pinochet.

Craftivism is a form of ‘slow activism’, a reflective action which changes the participant as much as it does the world. It is passionate but polite, provocative but patient, drawing people to engage in discussion and debate rather than forcing it down people’s throat. Unlike some of the more traditional, extrovert forms of activism, craftivism is quietly beautiful, it is individual and it is effective.

Craft connects your heart, head and hands, and when you relate that to justice issues, it can be world-changing personally and politically. Craftivists want to show people that making people aware of the injustices and poverty in the world can be joyful as well as empowering & fulfilling. It doesn’t have to be stressful or elitist. Anyone can be a craftivist whatever their skill or understanding.

So, on the afternoon of the Fairer World Fair, between 1pm -3pm, we will be sitting and chatting, and stitching (and maybe knitting)  some small and thoughtful ‘banners’, maybe a handkerchief or two, and more.  Join us – it might just change the way you look at the world..

and you can read all about The Little Book of Craftivism here http://www.cicadabooks.co.uk/a-little-book-of-craftivism/ 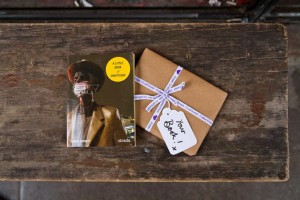