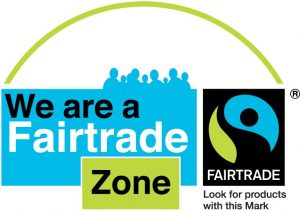 trade Zone.  This achievement recognises the hard work of many people:  all the folk who have been involved in campaigning for Fairtrade across the region over the years, including the Fairtrade Groups, Churches and Schools, council officials and elected representatives – Councillors, MSPs and MPs.  We were delighted that so many of them were able to join us at the Fair. 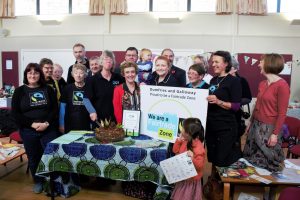 To celebrate we shared a wonderful cake made by Annette Need’s Baking in a Box (http://annettesbakinginabox.co.uk/ ) which as you can see was truly amazing and which tasted as delicious as it looked. 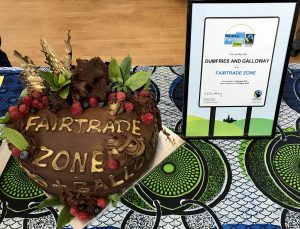 The activities locally of the Dumfries Fairtrade Group will continue as previously – and we are looking forward to working with others across the region to have an even greater impact.
Fairtrade status for the region does mean than other communities can come under the banner without having to become a formal village or town and that there will be coordination across the region.  So, it’s a significant mile stone for Fairtrade in our area, and we hope that it will encourage those who don’t  live in one of the existing Fairtrade Towns or Villages in the region to get involved.